The Best Reloading Press for The Money

Over the years, reloading has grown more and more popular. Many shooting enthusiasts prefer reloading their own ammo to buying ammunition. Many reasons attribute to this growth, cutting down on ammo costs and increasing accuracy are among the reasons just to name but a few. Manufacturers have also noted the growing need for reloading presses and have flooded the market with different kinds. So what’s the best reloading press for the money on today’s market?

There are mainly three types of reloading presses, single-stage press, turret press, and the progressive press.

The single-stage press is the cheapest among the three. It produces fewer amounts of ammunition in comparison to the other two. Single-stage presses typically allow you to work on only one round at a time, which makes it a very slow press to use. However, due to the fact that you are producing only one round at a time, you get to produce highly accurate and precise ammo

It is ideal for a beginner as not there are not so many moving parts so it is easy to use. They also come with comprehensive manuals which give you all the information you need to get you started.

Depending on the model or brand, these presses can either be manual or automatic. It is ideal for pistol or rifle reloaders.

A beginner can also learn the ropes with a turret press as it is not hard to use.

Some of the best turret press on the market include: LEE PRECISION Classic Turret Press and Lyman All American 8 Turret Press for Reloading

This is the crème de la crème of presses. A progressive press is capable of producing more than 500 rounds per hour if used by an experienced reloader. It is better than the turret press and single-stage press. For this, they are more expensive in comparison to the two.

A progressive press is an investment so you need to make sure you only get the BEST.

Some of the best progressive press on the market include: Hornady 095100 Lock-N-Load Auto-Progressive Reloading Press and MEC 9000GN 12 Gauge Press

What is the best press for reloading?

Hornady 095100 Lock-N-Load Auto-Progressive Reloading Press which is a progressive press. We have also reviewed more presses that are really good for reloading.

What is the best reloading press for a beginner?

You can start reloading as a way to save on ammo costs and it turns out to be your hobby. Reloading your own ammo means you can increase its precision and accuracy more than manufactured ammo would offer.

We have reviewed the best reloading press for the money and all that are listed have proven to be a worthy investment. 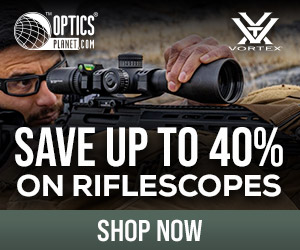